In August 2016 we started work on a new main cabin.

The original cabin was built in 1953 by Grandpa Fahlgren, and renovated in 1980 by John and Peter Fahlgren.

To start we had to get John out of the cabin. 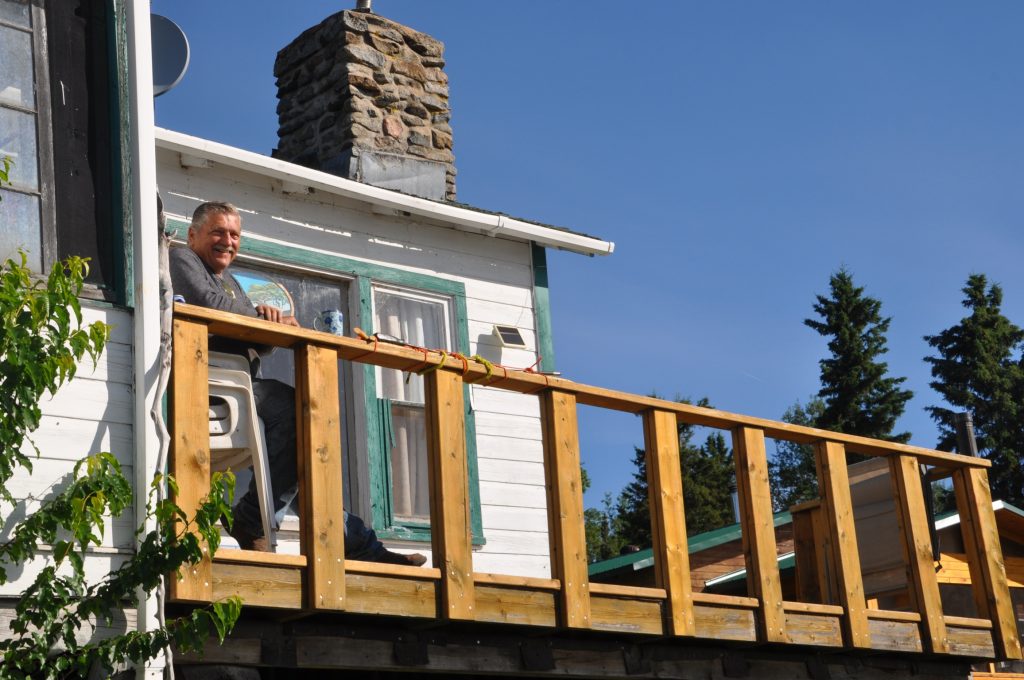 This was no easy task and we had to start tearing it down around him.

We did leave the natural stone fireplace to be incorporated into the new building.

Lots of digging and big rocks: 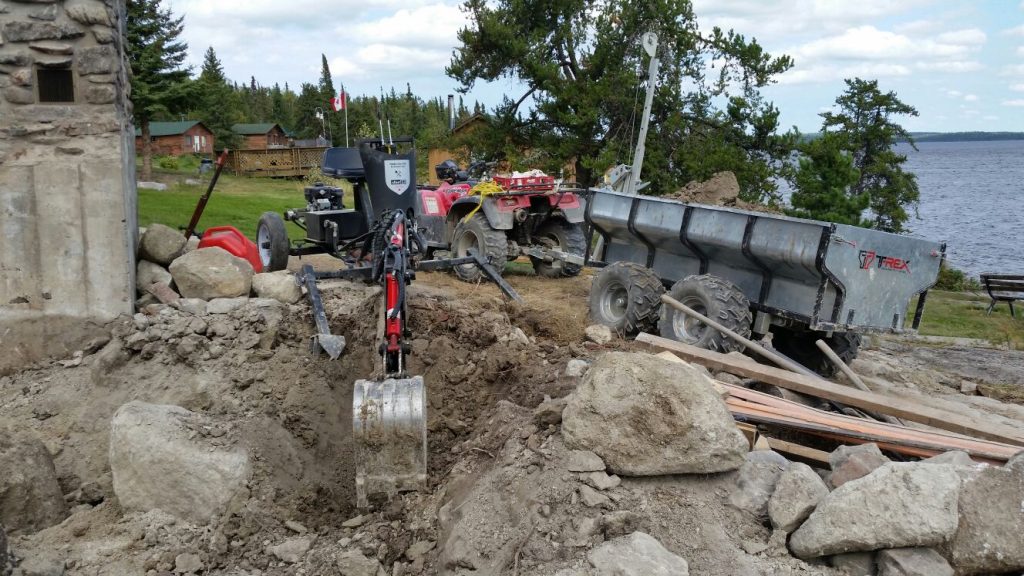 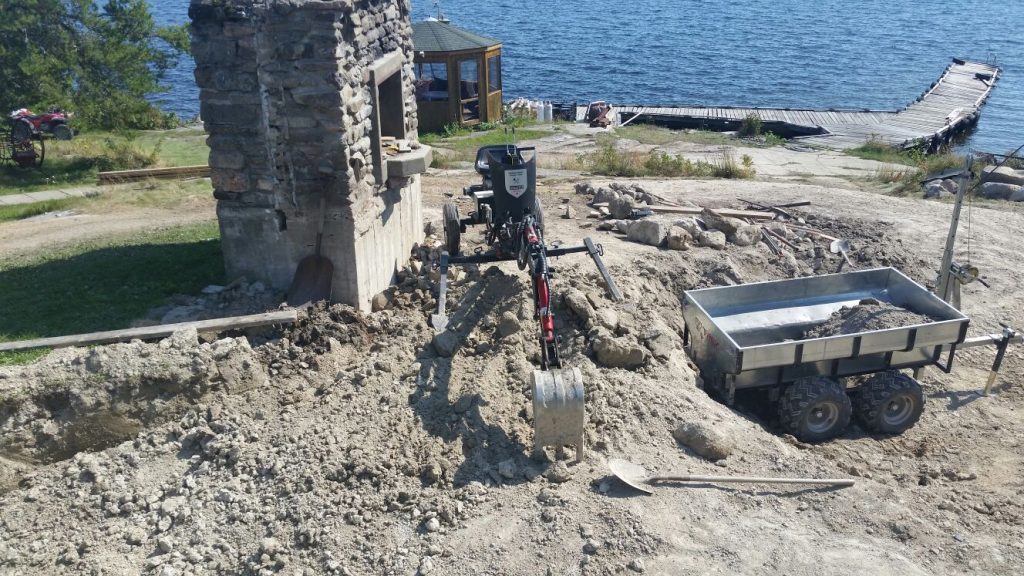 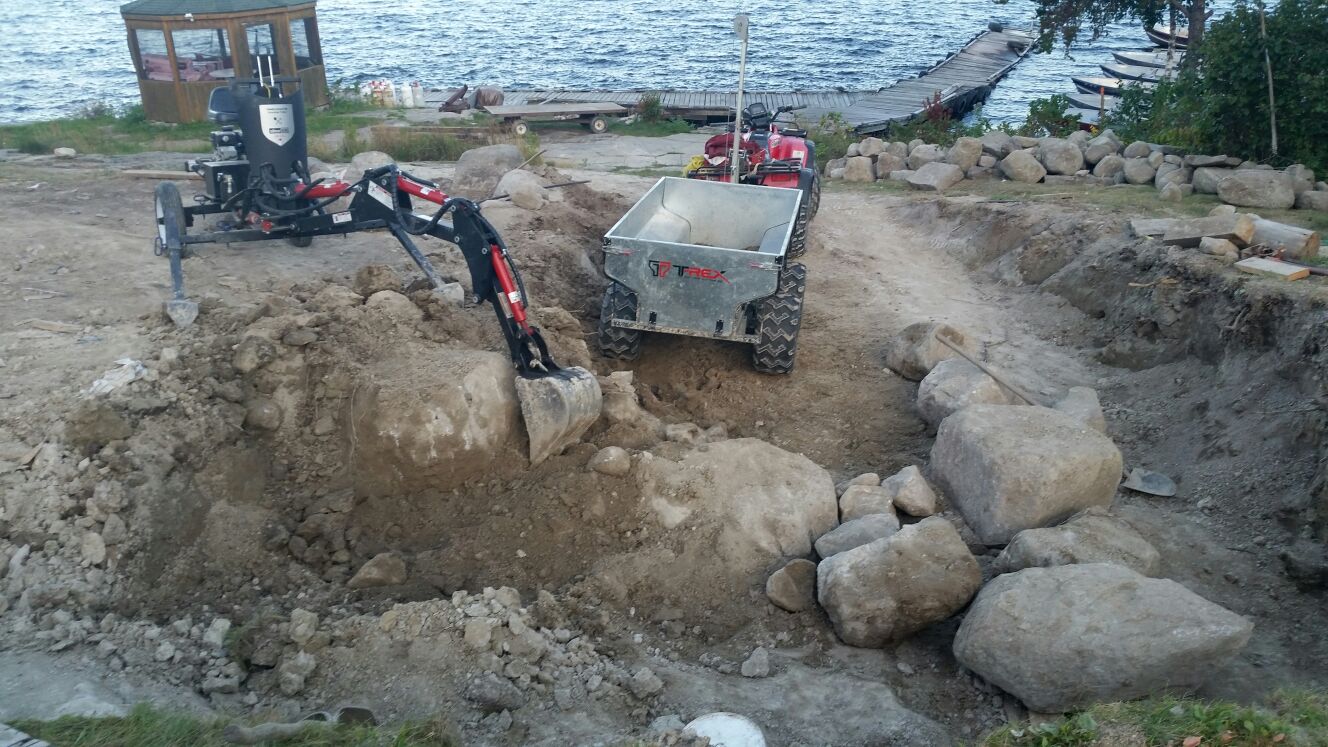 Its getting into September now an its time to get started on the building. 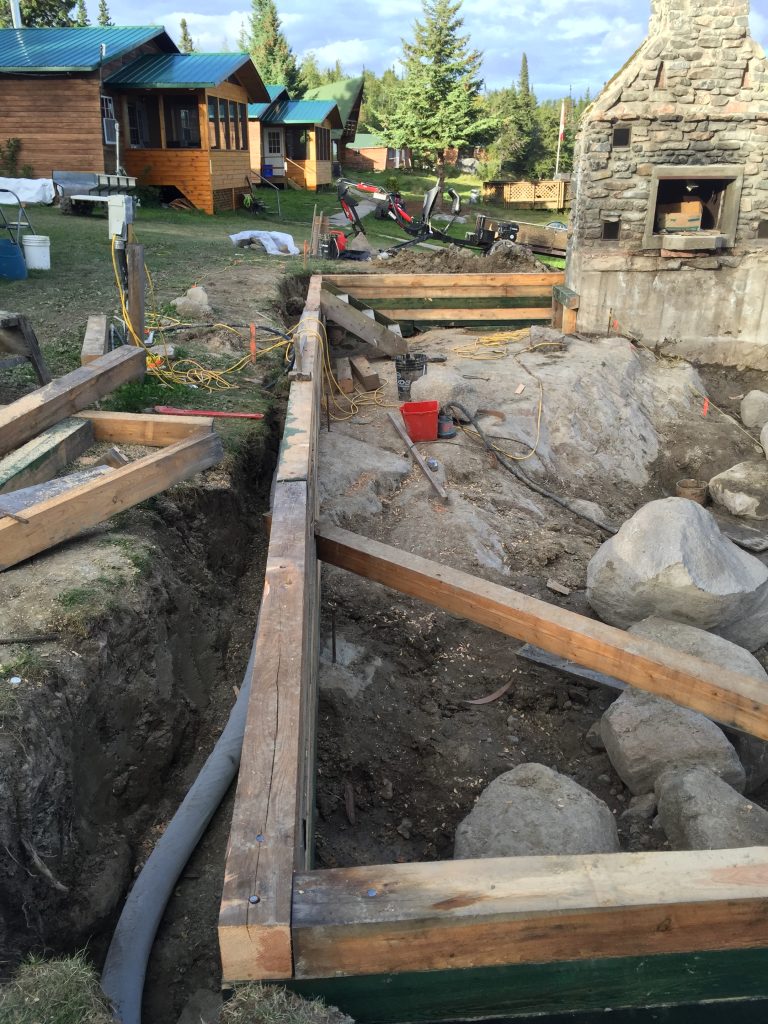 Now to really get going we enlisted a couple of specialists out of Winnipeg, special thanks to Glen and Mitch for getting the building up so quick.

Next are the posts and beams… 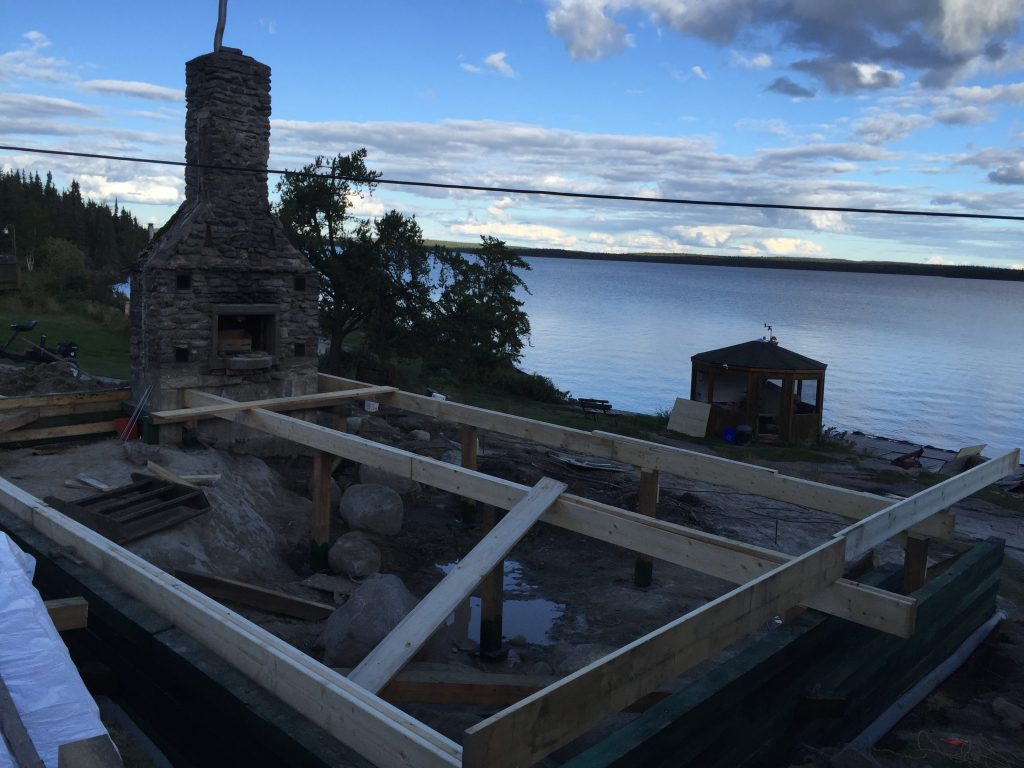 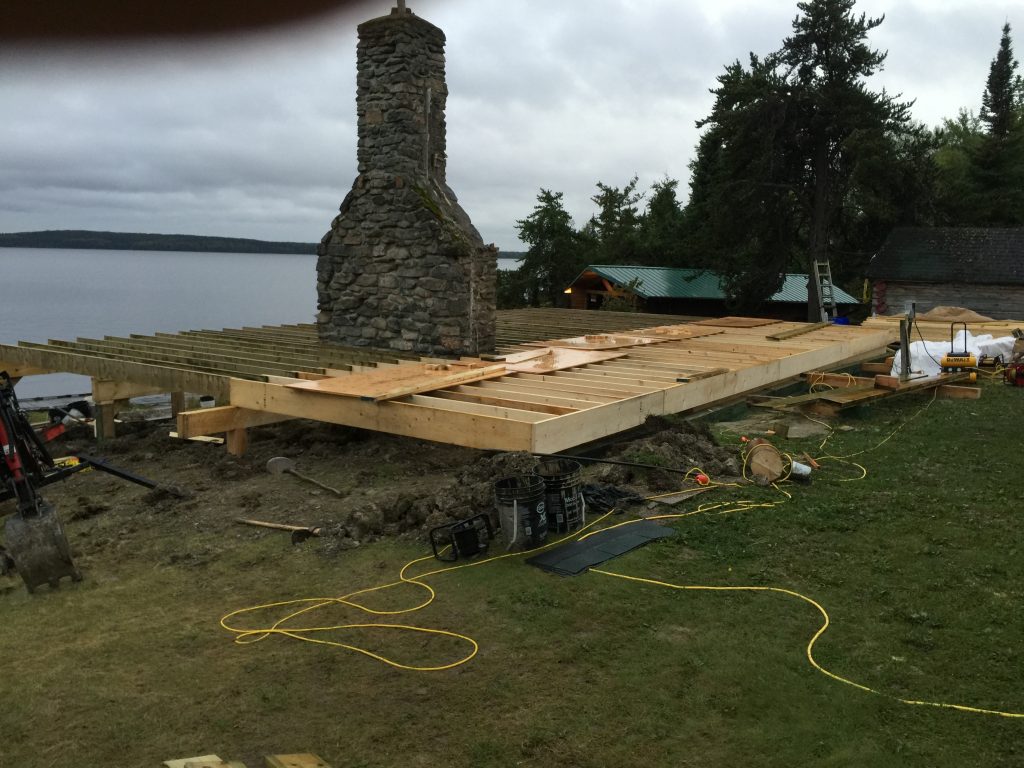 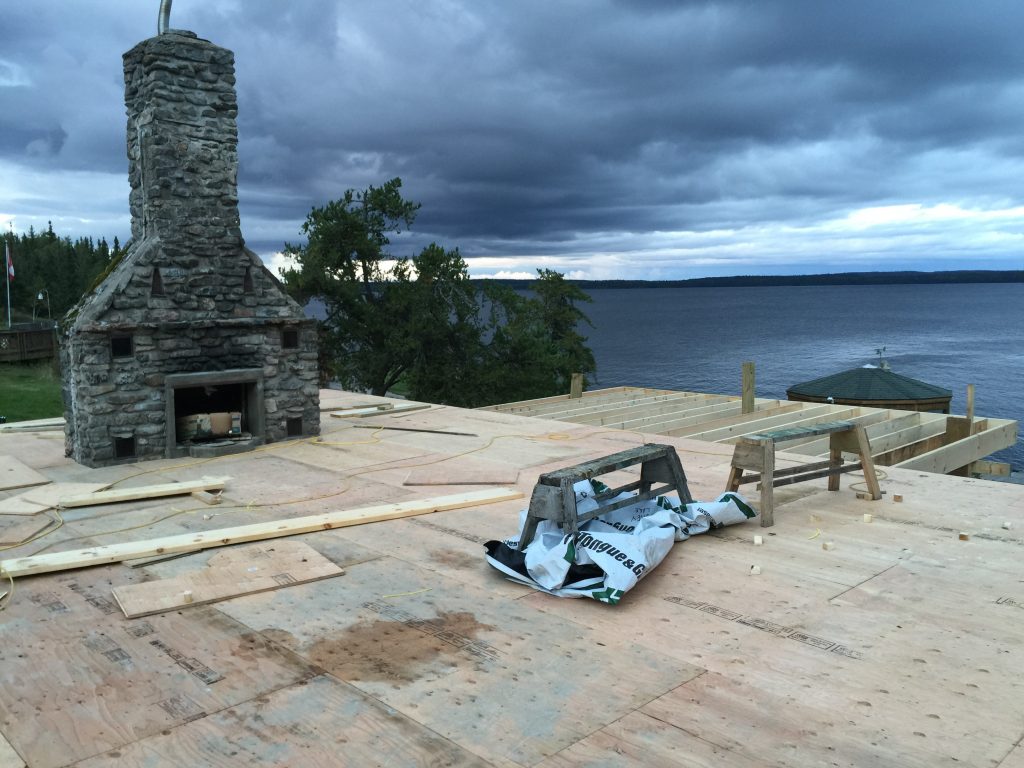 The walls went up fast and we built the windows right into them as we went. 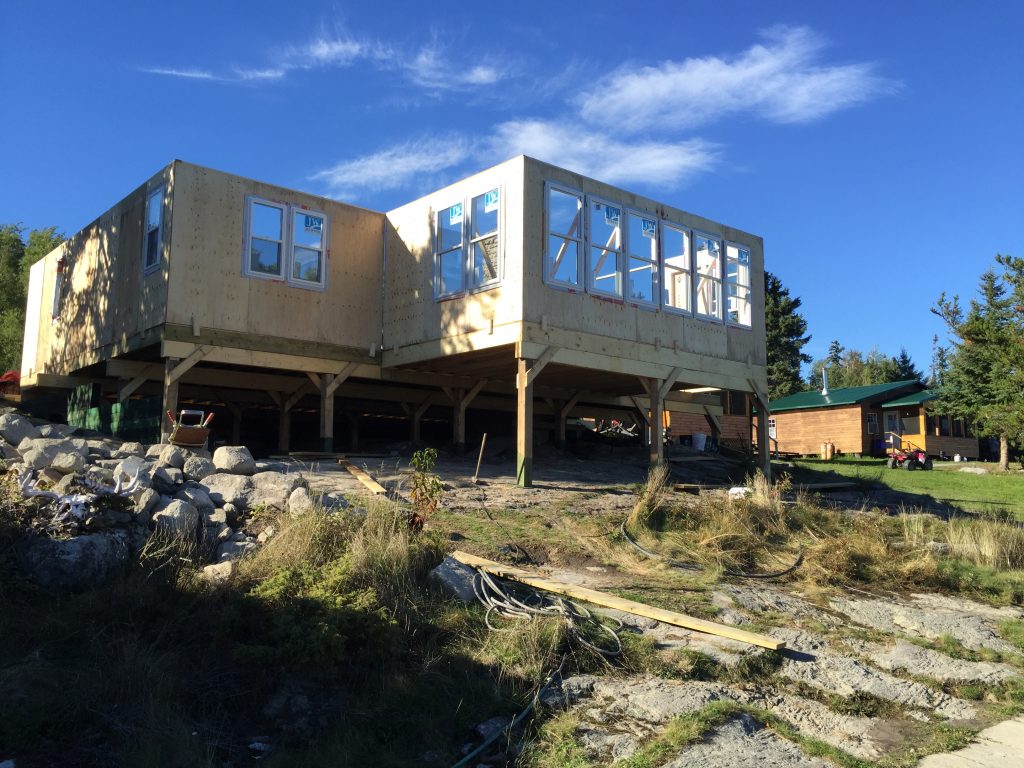 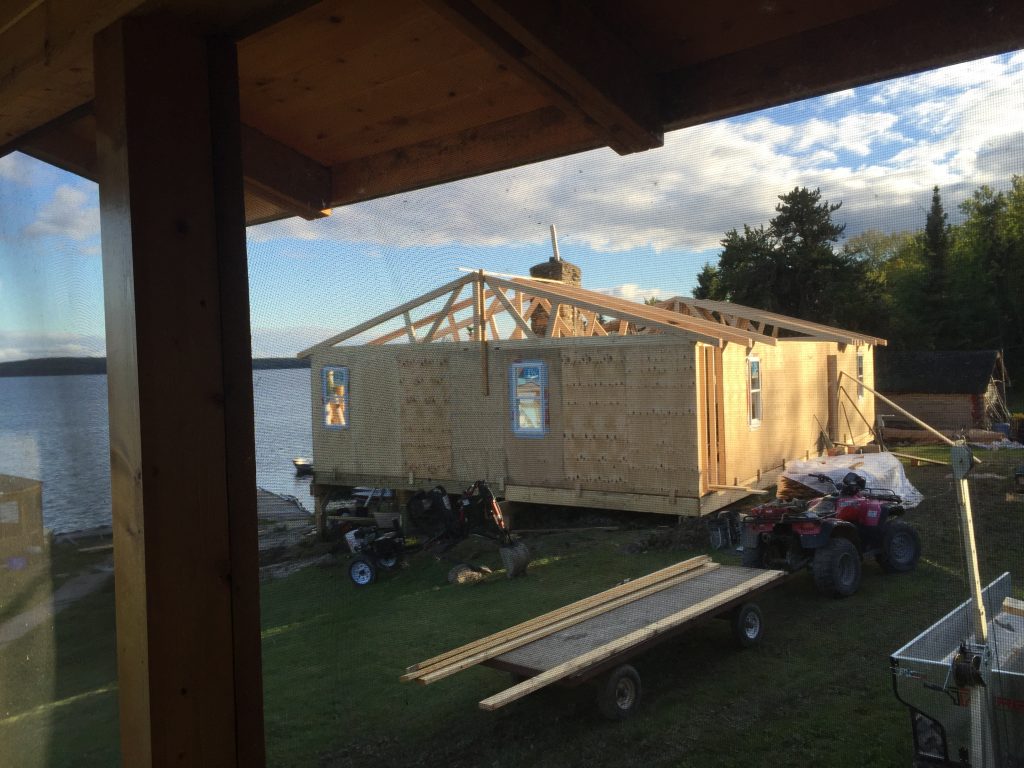 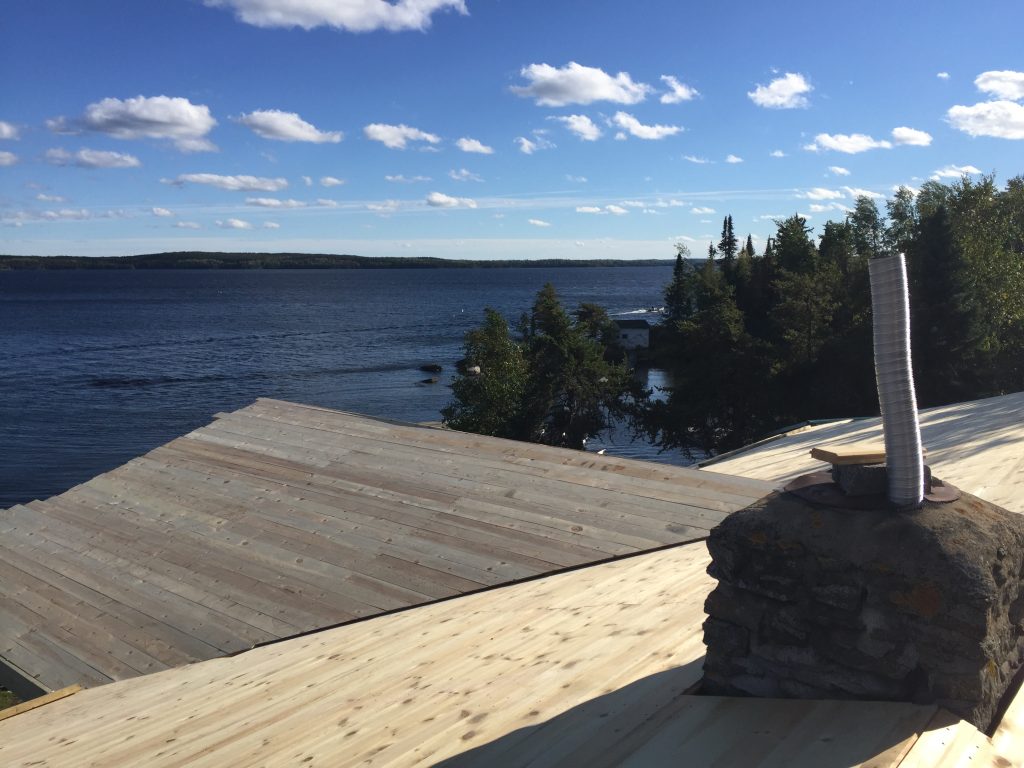 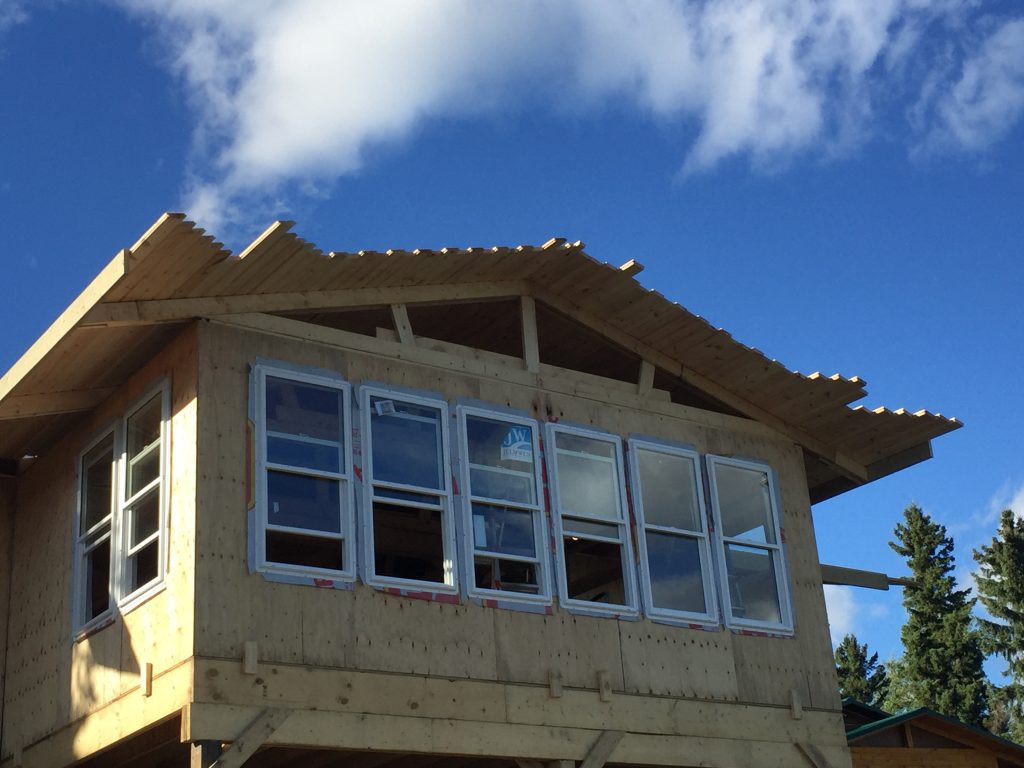 The roof was then finished with metal roofing. 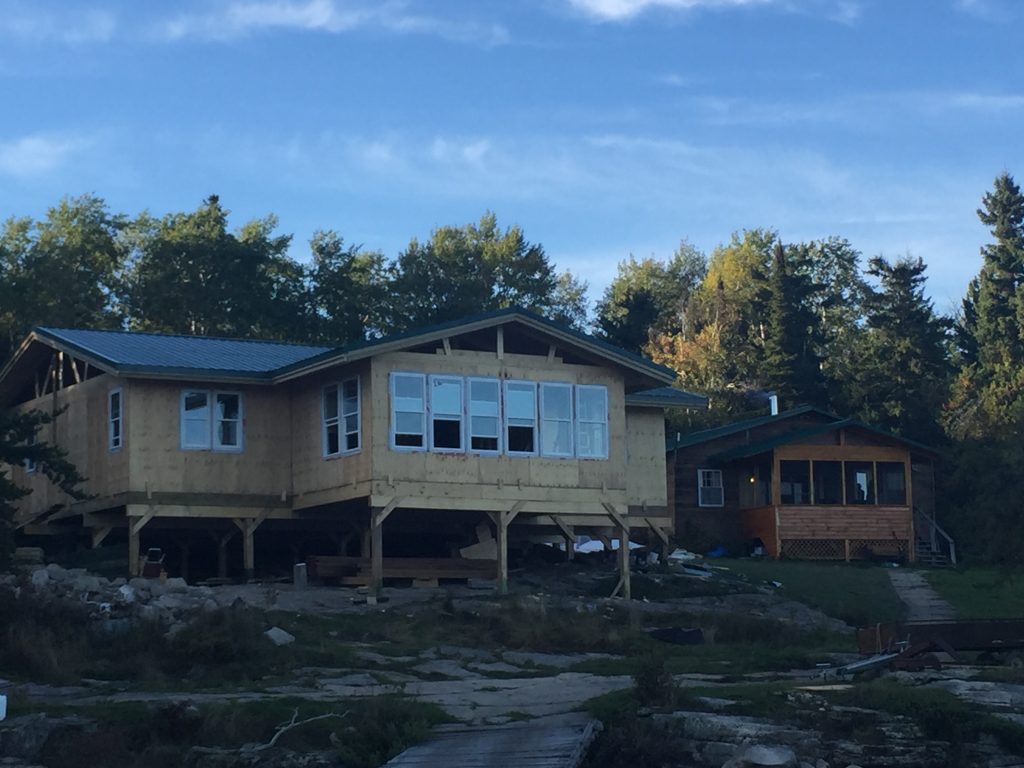 Got the house wrap on. 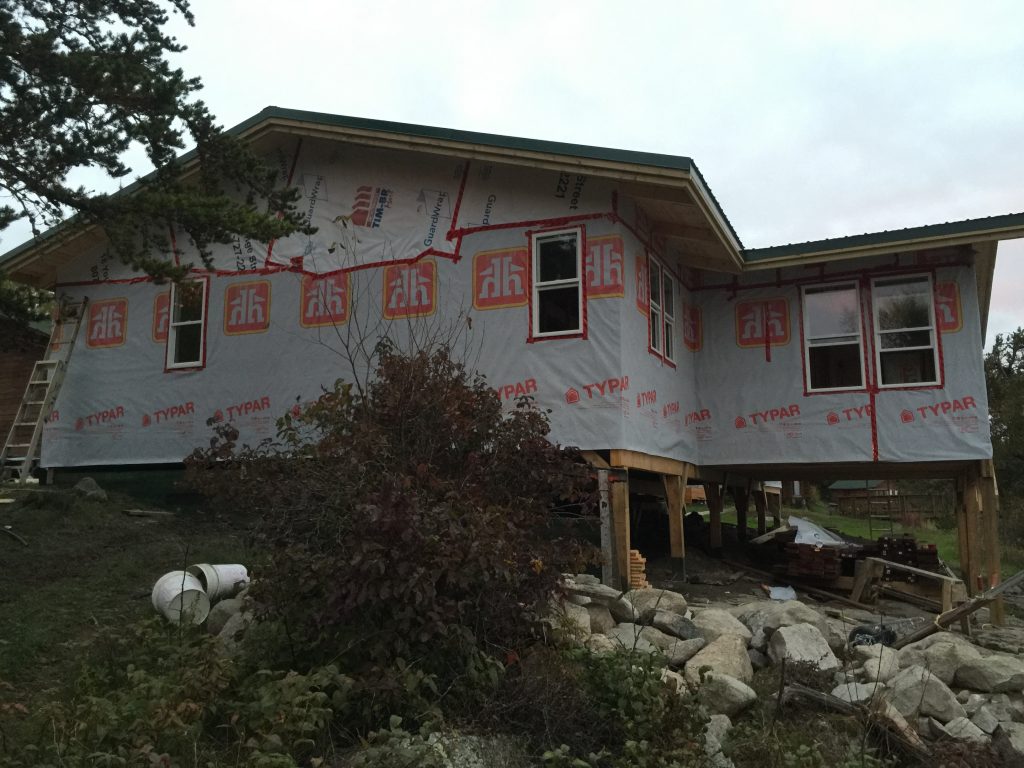 The back deck was taken from the old cabin, besides the fireplace it was repurposed.  For the front we builkt a new deck and stairs on the east corner. 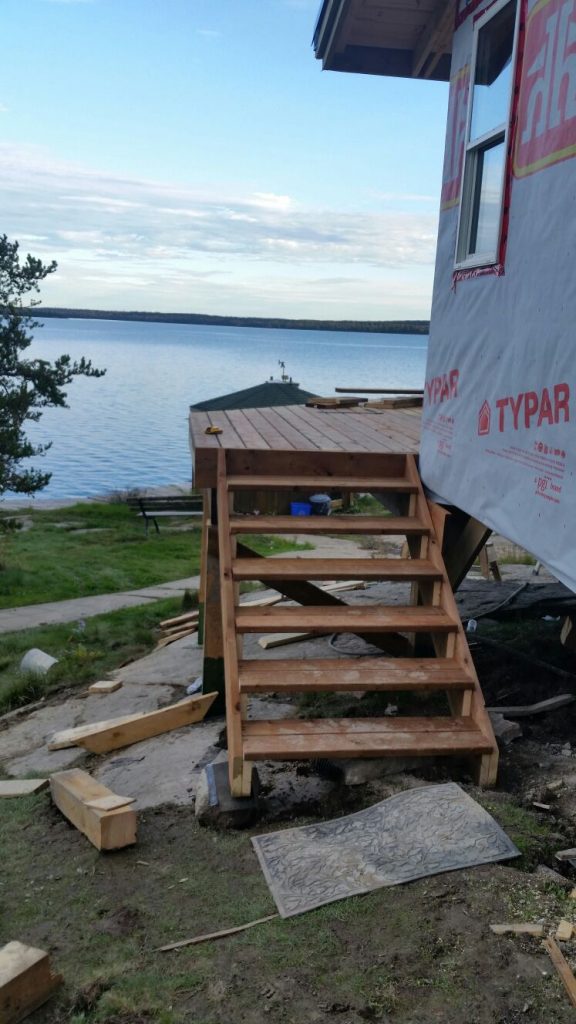 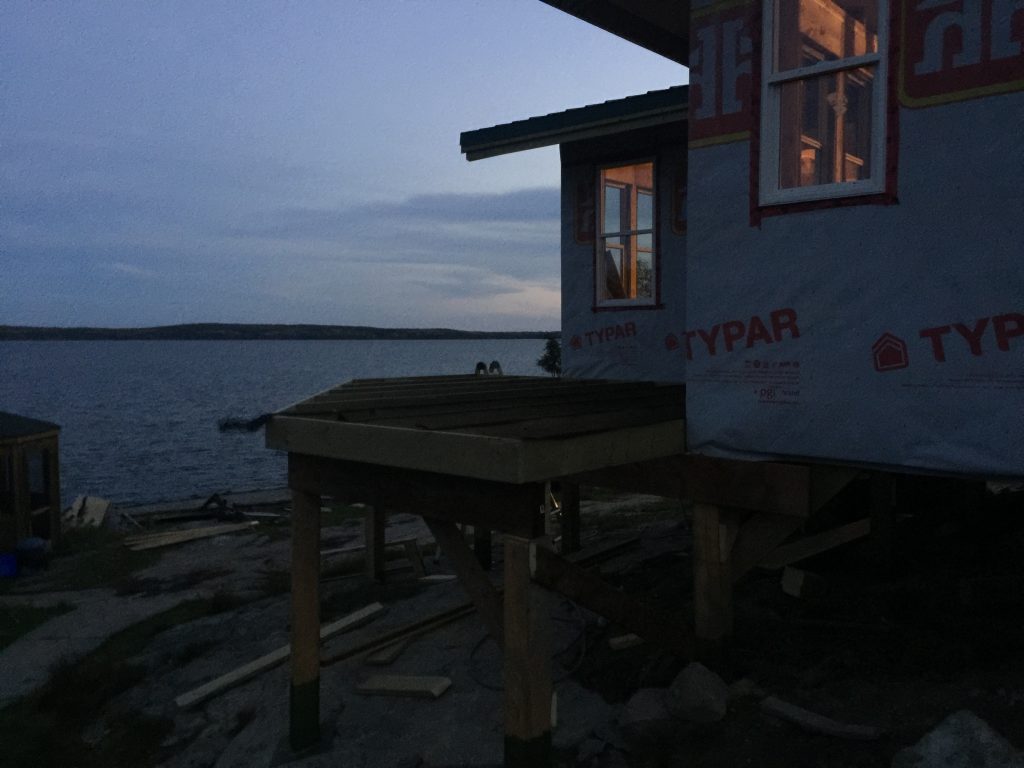 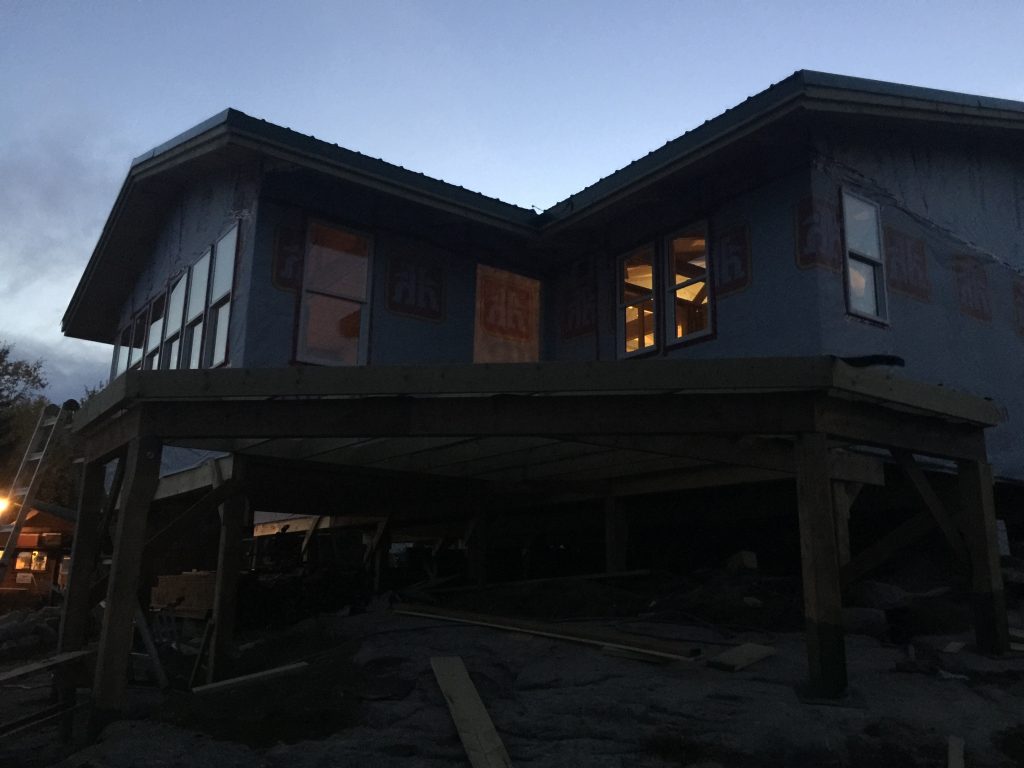 Now on the inside we insulated, we framed the walls, started the pine panelling and weather proofed the fireplace. 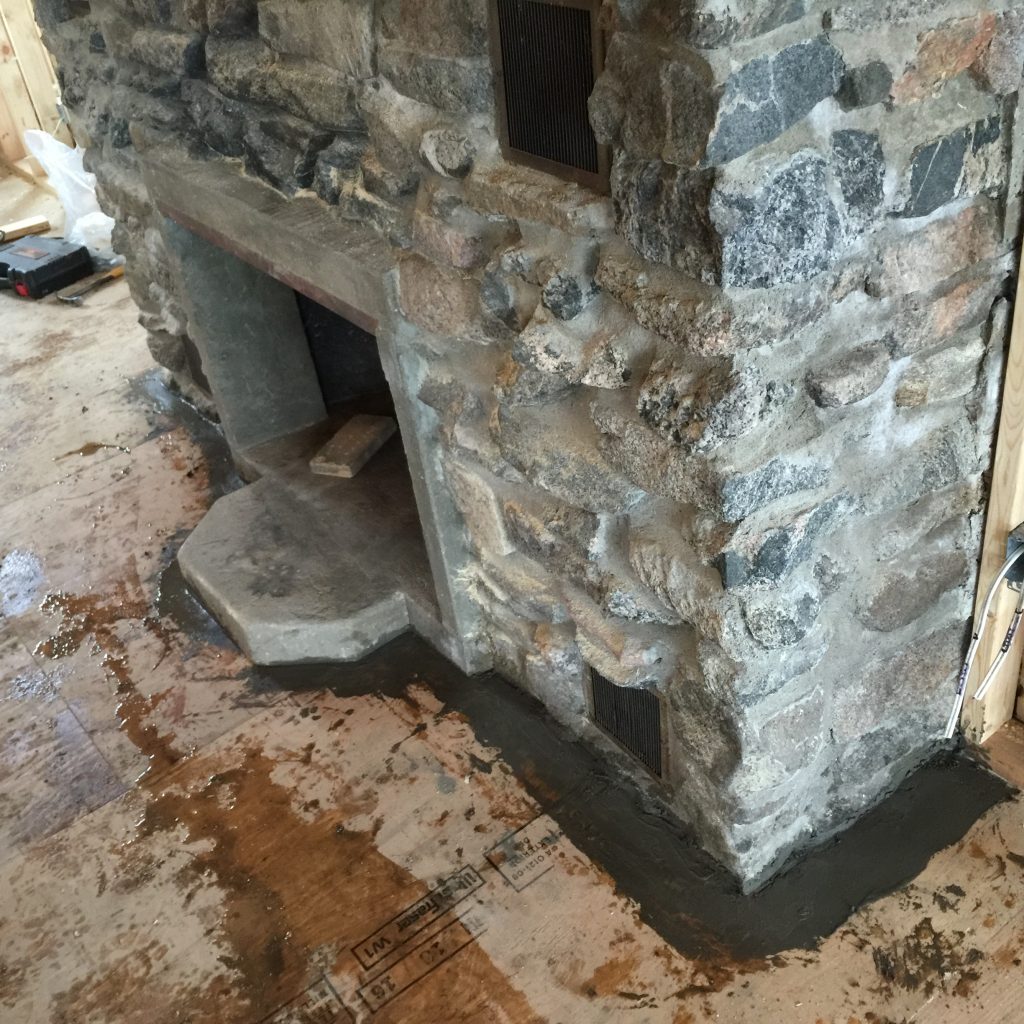 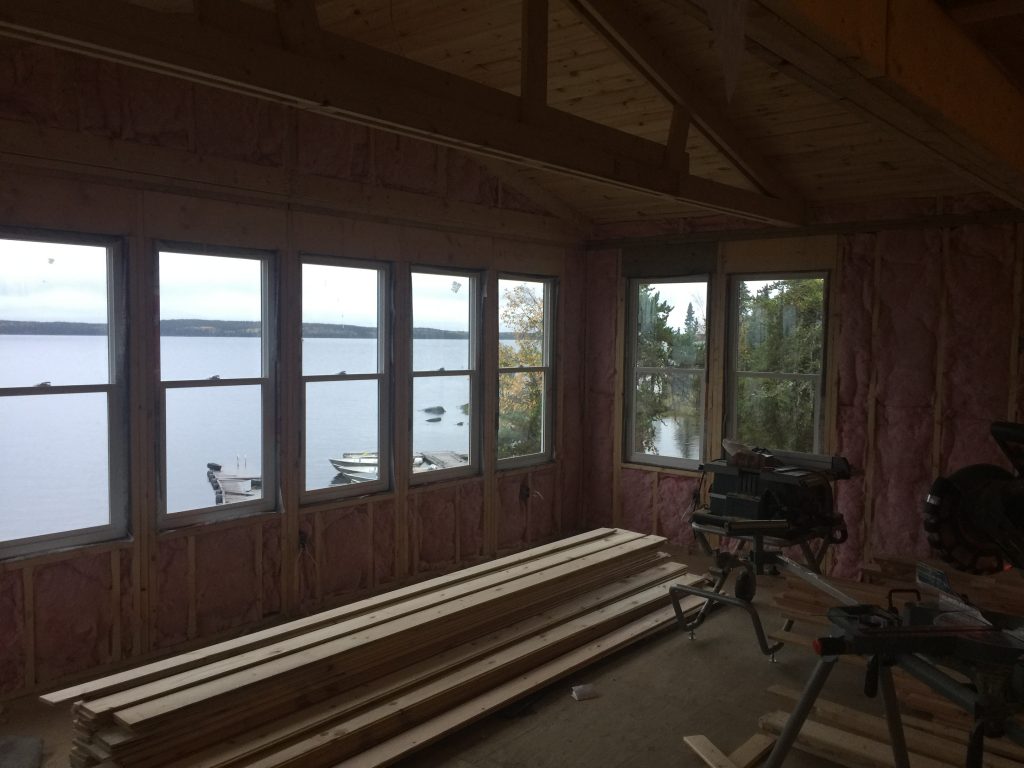 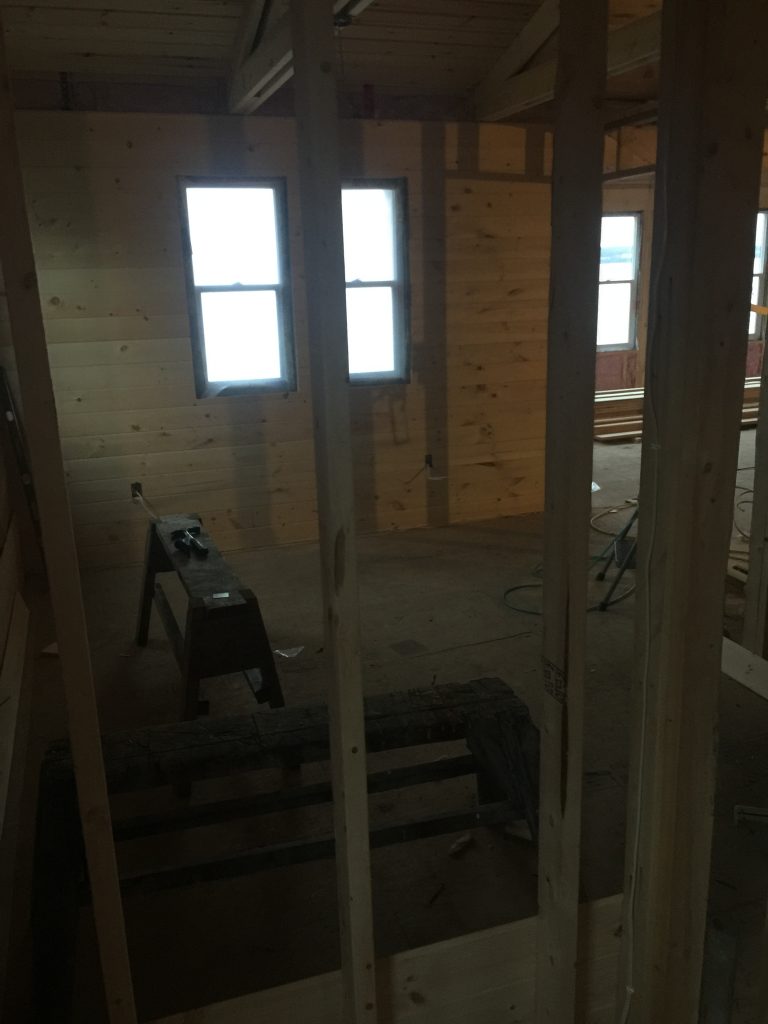 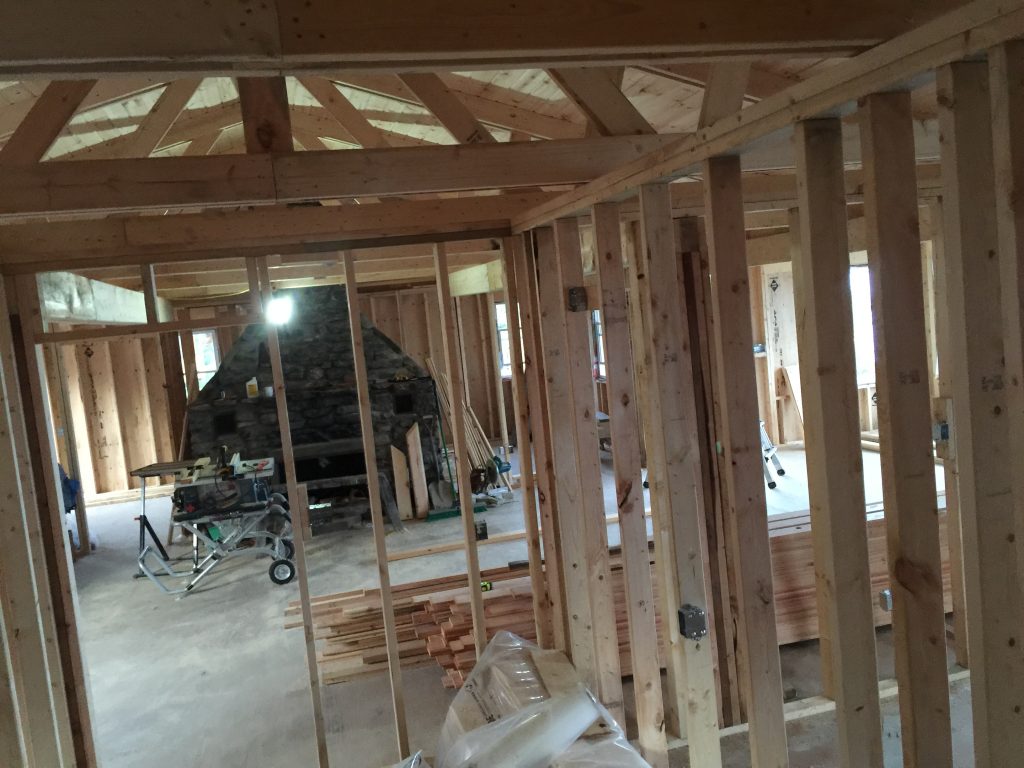 Now that its protected for the winter we will be back in the spring to finish it off stay tuned for further updates the end of May 2017.